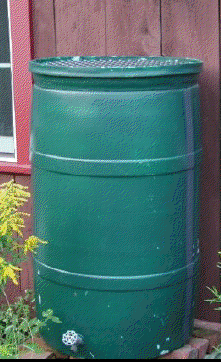 Details: This is a HANDS-ON workshop where you will be building your own rain barrel with help from knowledgeable community members!

Cost: $25 (includes materials, the rain barrel and a facility donation) For those just watching its FREE!

Contact Emily at elshaw@indiana.edu in order to enter yourself into the lottery for a discounted rain barrel. A random selection of 29 individuals will receive the discounted barrel and another 10 will be added to the waitlist. Everyone is invited to attend the workshop to learn!! 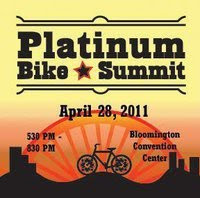 Bike enthusiasts and other community partners are invited to kick off the Summit with a Platinum Reception at 5:30 p.m. The Summit will begin at 6:30 p.m. and will focus on developing key bicycling priorities for the community to achieve in the near future.

"As we continue to make cycling a priority in Bloomington, it's important we actively involve the community," said Kruzan. "This summit will be an important element of the Task Force's work, and a great wayfor the community to be involved in the direction our city is taking."

The priorities will be structured around the “Five Es” – Evaluation and Planning, Education, Enforcement, Engineering, and Encouragement. The Five Es provide an effective framework to make bicycle transportation a viable and equitable mode of transportation for all community members. The League of American Bicyclists uses the Five E framework as part of its Bicycle Friendly Community Program, a program that Bloomington has participated in since 2003.

"The Platinum Bike Summit is a great way to shift gears and have fun while conducting important civic minded business,” said Dave Rollo, Task Force and City Council member. “This event is a key milestone of the Platinum Biking Task Force’s ongoing efforts as we develop a plan to get Bloomington to Platinum by 2016.”


Rollo is one of seven Task Force members commissioned by the City Council to produce a report and present their findings to the community later this year. The Platinum Bike Summit is the first of several public meetings planned. The Task Force meets the second and fourth Thursday of every month at City Hall and all meetings are open to the public.


Additional information about the ongoing efforts of the Task Force is available at www.bloomington.in.gov/platinum_biking_task_force.

Jared Schlemmer, Communications Director, City of Bloomington, 349.3406, schlemmj@bloomington.in.gov
Posted by Jonathan Richardson at 9:42 AM No comments: 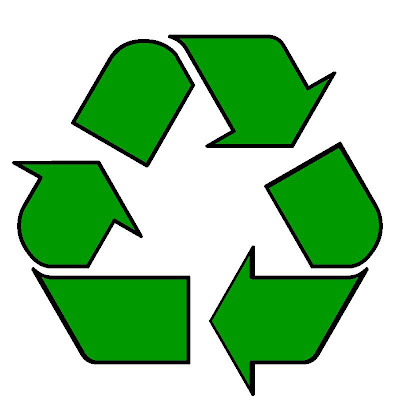 Find a new way to “reduce, reuse, and recycle” items at the first Community Exchange Spring Swap to be held April 23 at the Showers Building between 9 am and 12 noon. Community members are invited to finish up their spring cleaning by donating good, serviceable and “desirable” items at the Showers Building on Friday night between 5 and 7 pm. Donators will be given a special pass to get into shopping an hour early.

“This is a really fun way to promote re-use of good items others no longer need, to build community, and to educate people about different ways to live an abundant life,” said Rhonda Baird, one of the project members.

Besides the give and take of the swap, visitors will have an opportunity to learn about time banks and sign up for the Bloomington Community Exchange (a local exchange and trading system that lets people offer goods and services to their community without using paper currency).

The swap organizers will not be able to accept intimate apparel, chemicals, paint, or old electronics such as televisions or monitors.

For more information, contact Ann Kreilkamp, arkcrone@gmail.com or 812.334.1987
Posted by Jonathan Richardson at 8:37 PM No comments: 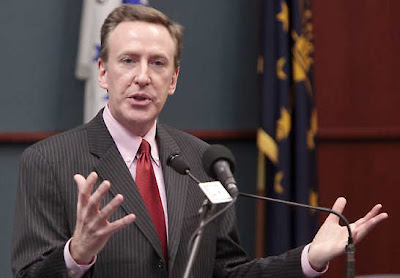 One-stop shopping for all neighborhood issues!

In my recent State of the City speech, I outlined an initiative I thought you might find of interest and that I hope will help improve the quality of life for residents in all our community's neighborhoods.

One concern I've heard from neighborhood residents is that they sometimes aren't sure who to contact when there's an issue city government needs to address. For instance, if a sign is vandalized, should a call be placed to the police, Public Works Department, or to the Housing & Neighborhood Development Department?

I'm pleased to announce that the City of Bloomington has established one-stop shopping for all neighborhood issues. We've established a new tool to allow for fast and easy reporting of any and all challenges a neighborhood may face. It's called NeighborLink. NeighborLink is literally a link between neighborhoods and all City departments. This tool will allow for neighbors to communicate with the City in one central way and place. It also will allow City departments to efficiently organize, track and solve issues reported by residents.

Here's how it works: whenever you see an issue that needs to be reported, you can call NeighborLink Coordinator Vickie Provine at 349.3581. Vickie will ensure that your concern is channeled to the right place and followup to make sure it's addressed. You also can visit www.bloomington.in.gov/neighborlink to describe the situation, leave contact information, or even to upload a photo. Finally, you also can visit NeighborLink using the City of Bloomington's mobile site on your cellphone at www.bloomington.in.gov/m .

Please always feel free to let us know what you think of NeighborLink and how we can improve upon it. Thanks for helping to make Bloomington the most livable community possible! 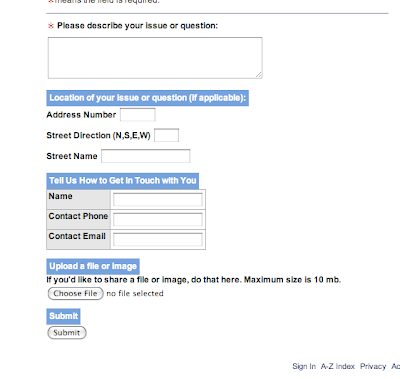 Image of NEIGHBORLINK courtesy of the city of Bloomington
Posted by Jonathan Richardson at 8:29 PM No comments:

What Long-Term Projects Should our Neighborhood Take on?

There are a number of long-term projects that the neighborhood could take on. Take a look at the list below and let us know what would be most important to you. If you have other ideas, please do share them!


Please share your comments and ideas with us either at the next neighborhood meeting or by contacting one of the executive committee members.


map image courtesy of the city of Bloomington
Posted by Jonathan Richardson at 4:37 PM No comments:

Do You Have Ideas for Future Neighborhood Grants? 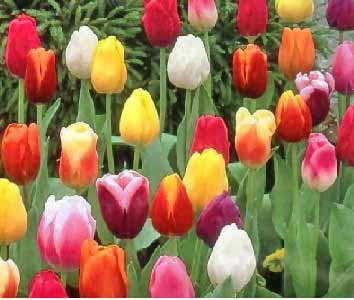 Every year, our neighborhood applies for grants that allow us to do enhancements and improvements around the neighborhood. Through Neighborhood Assistance Grants and Bloomington Small and Simple grants,we have gotten: limestone planters, benches along Rogers St., street sign toppers, doggie-doo bag dispensers, and the restoration of WPA sidewalks along W. Wylie and W. Dixie. What are your ideas? Share them with us at our next meeting or send your ideas to a neighborhood executive committee member.
Posted by Jonathan Richardson at 4:28 PM No comments:

Put Your Hat in the Ring! 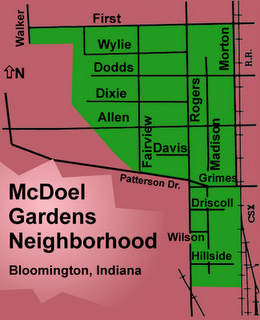 We need new faces who care about their neighborhood to step up and participate. Please consider running for a place on our 5-person executive committee this summer. Duties and time obligations are limited but critical to the continued success of our neighborhood.

Your McDoel Neighborhood Association Representatives are: 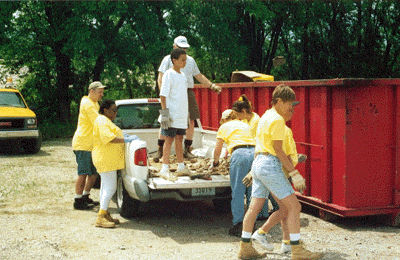 McDoel Gardens needs a spring cleaning! Join your neighbors on April 16th for a neighborhood litter patrol. We will be walking the neighborhood picking up debris from the streets and sidewalks. The event runs from 10 AM to noon. We will be meeting at 10 AM at the McDoel Baptist Church, where we will be handing out bags and gloves.


SEE YOU THERE!!
Posted by Jonathan Richardson at 12:52 PM No comments:

District and City-wide Candidates to speak to McDoel Gardens residents 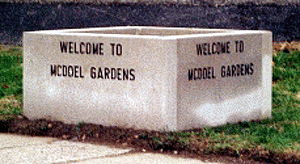 The McDoel Gardens Neighborhood Association have invited candidates in the upcoming primary election to speak at
their next meeting. Those invited include the candidates for mayor, city council at-large and the district 5 city council seat.


See you there!
Posted by Jonathan Richardson at 12:40 PM No comments: